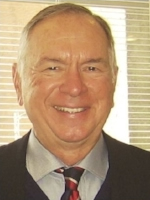 STEVEN L. STROUP, MD | CHIEF MEDICAL OFFICER, CO-CHAIRMAN OF THE BOARD OF DIRECTORS, DIRECTOR OF US MEDICAL RESEARCH

Dr. Steven L. Stroup, a founder of Bach Pharma, currently serves as Chief Medical Officer, in addition to his duties as Co-Chairman of the Board of Directors. He is involved in all ongoing studies relating to the Company's research and development.

A self-employed physician, Dr. Stroup was a founder and past board member of Protherics Limited (formerly Therapeutic Antibodies Inc.), and a past board member of BSD Medical Inc. Additionally, Dr. Stroup is a past member of the Board of Governors of the Hospital Corporation of America, and a past Chairman and Director of the Nashville-Davidson County Unit of the American Cancer Society. He recently retired as the Director of Radiation Oncology at Sarah Cannon Cancer Center in Nashville.

No stranger to military life, Dr. Stroup previously served as Major in the United States Air Force, at Keesler Medical Center. Dr. Stroup reported "We are very proud of our results on the Department of Defense study on Gulf War Illness (GWI), and plan on completing studies with the U.S. Department of Veterans Affairs." In addition to ALS, GWI and other neuroimmunodegenerative diseases, Dr. Stroup continues to maintain interests in research in oncology, chemotherapy, radiation and closed head trauma.

NORMAN SPENCER, MD | CO-CHAIRMAN OF THE BOARD OF DIRECTORS

Dr. Norman Spencer, Co-Chairman of the Board of Directors at Bach Pharma, Inc. is a Diplomat for the American Academy of Pediatrics, as well as a member of the Tennessee Pediatric Society and the Tennessee Medical Association and Sumner County Medical Society.

In 1982 Dr. Spencer was a founding partner and medical director of Gallatin Children's Clinic, Gallatin, Tennessee. He negotiated an equity partnership LLC with Vanderbilt Medical Center and Monroe Carroll Children's Hospital in 1996, creating a unique business model for pediatricians in the United States, whereby the physicians are the majority equity partners in the partnership. Under Dr. Spencer's leadership the partnership has grown to a practice including twenty-five pediatric providers from seven locations serving 29,000 patients in middle Tennessee. In addition, Dr. Spencer has served in various leadership positions within Sumner Regional Medical Center in Gallatin, Tennessee, and participates in various clinical research programs at Vanderbilt's Monroe Carroll Children's Hospital. Dr. Spencer also serves as Medical Director of Church and Volunteers in Mission (UMVIM.org), where his medical teams set up "clinics" in rural villages of Mexico and the Dominican Republic treating as many as 700 patients in a week.

Dr. Spencer received his MD from Vanderbilt University Medical School and completed his internship and residency at Vanderbilt Children's Hospital, where he was appointed a Clinical Professor of Pediatrics in 1980. 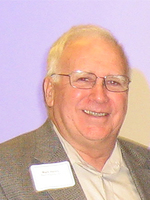 Mark Henry is the Chief Financial Officer and Treasurer of Bach Pharma, and has been a member of the Board of Directors at Bach since inception. Mark also served as CEO of Bach for over 13 years until June 2016, during which time he co-invented several patents, and has patent applications pending.

Mark started his accounting career with Peat, Marwick, Mitchell & Co. (KPMG) in the international department. Mark served as a Vice President of State Street Bank in Boston where he headed up the shareholder accounting department for many of the major mutual funds. Mark has been a commercial pilot for thirty five years and is the current holder of two USA National Aeronautical Association and two world speed records. In 1985 Mark was the recipient of the first St Augustine Award ever bestowed by Merrimack College OSA.

Mark joined Bach in 2001 after 27 years as Treasurer for CFI, Inc. Mark has developed several successful businesses, including a large regional CPA firm, a computer service bureau and two businesses in the aircraft industry. Mark received his Master’s degree in Business Administration at Suffolk University. As an undergraduate at Merrimack College, he was awarded the Accounting Society Achievement Award, and graduated with a Bachelor of Science degree. Mark served two terms on the Board of Trustees at Merrimack College and at Lawrence General Hospital. 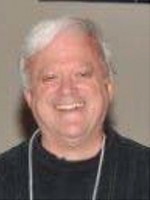 Dr. Richard Prass, the Director of the Science Advisory Board at Bach Pharma, Inc., was previously an Associate Otologist at Nashville ENT Clinic, a private practice. He has also served as the Medical Director and President of ACES, PC in Virginia Beach. Additionally, he served as the Director of Otology and Assistant Professor at EVMS in Norfolk, Virginia.

Dr. Prass Received his MD in Medicine and his PhD in Biochemistry from Case Western Reserve in Cleveland, Ohio. After an internship in Medicine and Surgery Neurosciences at Cleveland Clinic, Dr. Prass completed his Otolaryngology residency at Cleveland Clinic Foundation, where he received the First Prize William E. Lower Award, and several First Prize Resident Essay awards. He then completed a fellowship in Otology and Neurotology at Otologic Medical Group House Ear Clinic.

Dr. Prass secured medical licenses in Ohio, California, Virginia and Tennessee, and has been a certified member of the American Board of Otolaryngology since March 1989. The inventor of nine (9) US patents, Dr. Prass continues his interest in Intellectual Property Development in the area of design-driven intraoperative nerve integrity monitoring, and is the author of numerous publications regarding numerous monitoring devices. He received a Certificate of Recognition from NASA in Langley, Virginia for his technology development for a Precise Electromechanical Nerve Stimulator, included in NASA “Tech Briefs” and a Surgical Force-Detection Probe used during surgery. 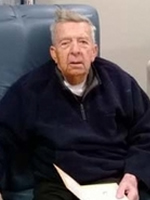 Dr. William S. Lynn, Vice President and Director Emeritus, is the Co-Chair and Director of Science at Bach Pharma, Inc. Dr. Lynn is also a visiting scientist at The University of Texas M.D. Anderson Cancer Center. He has broad clinical experience in general medicine and has conducted extensive studies of neuroimmunopathogenesis and neurodegeneration.

Dr. Lynn has worked as a Clinical Research Physician at Cato Research Ltd. In Durham, North Carolina where he managed the direction, planning, execution, and interpretation of clinical trials and research. He has served as Professor of Medicine and Associate Professor of Biochemistry at Duke University Medical Center. Dr. Lynn has also been a visiting professor in the Division of Human Nutrition and a Clinical Associate Professor in the Department of Internal Medicine at the University of Texas Medical Branch. Dr. Lynn received his Associate in Medicine and Biochemistry from Duke University Medical Center. 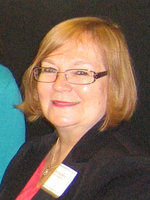 Barbara A. Stima, Vice President of Bach Pharma, Inc., is responsible for the administration of the Corporate Offices in North Andover, Massachusetts, including maintenance of computer systems, research databases, and financial information and reporting. Barbara has over ten years of administration experience in the health care field. She has assisted writing and editing the Company’s scientific documentation for communications, research, translation and grant purposes for over a decade, and has attended numerous scientific and foundation conferences and meetings for the Company. Barbara previously worked as a researcher in the Mutual Funds Transfer Agent Division of State Street Bank in Boston, MA. Barbara was one of the founders and President of CFI, Inc., a service bureau and system development company for various financial applications including payroll and accounting, as well as many municipal services. Barbara completed her Bachelor of Arts, with a major in French, at the University of Massachusetts in Boston, MA.